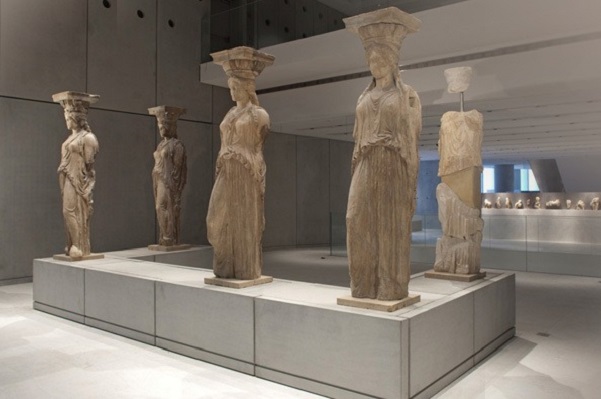 Kerry Kennedy, the head of the Washington DC-based Robert F Kennedy Human Rights advocacy group, called for the return of the Parthenon Marbles to Greece, during a special event held at the Acropolis Museum this week.

Organized by the Marianna V Vardinoyannis Foundation, the event was attended by a number of prominent speakers who participated in a panel discussion on the Parthenon Sculptures’ return as well as about human rights, and which was followed by an open exchange on the issue with the audience.

For more than three decades, Greece has called on the British Museum to return the 2,500-year-old marble sculptures that once adorned the Parthenon and have been the subject of dispute since they were illegally removed and sold by Lord Elgin to the British Museum in 1817.

The daughter of the late Robert F Kennedy expressed her support of Greece’s call for the return of the sculptures, which she said belong to Greece, and must return to Greece. “It is the right of the Greek people”, she said in her lecture about human rights in history.

Describing the reunification of the Parthenon monument as a “life objective”, UNESCO Goodwill Ambassador Marianna Vardinoyannis thanked Kennedy for her support, stressing that “we have a debt to tomorrow’s citizens… We have an obligation to pass on to the next generations our history intact, as it was passed on to us.”

During their visit to the Presidential Mansion, Kennedy and Vardinoyannis Greek President Prokopis Pavlopoulos thanked Kennedy for her backing adding that the issue was one of global importance.