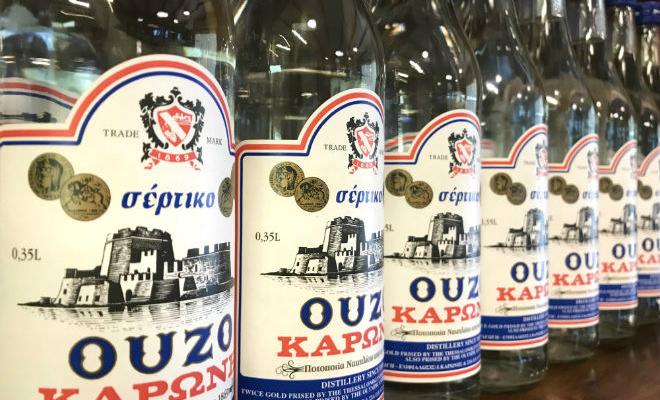 Ouzo is the favorite Greek drink of the Dutch. From research by Griekenland.net among 1,240 visitors ouzo was chosen by 37% as their favorite. Greek wine is preferred by 12% of Greek fans in The Netherlands and is on the rise. Metaxa 11% and Greek beer 11% are also widely chosen as favorites. Ouzo is drunk both pure and with water or ice. Mixed with water or ice, the drink becomes cloudy and white in color.

Ouzo from Lesvos
Ouzo is distilled from leftover of grapes and has been a protected product from Greece since 2006. If the aniseed drink is made elsewhere in the world, it can not carry the name ‘ouzo’. As a cocktail, ouzo is also being drunk by Dutch and Belgian people in bars during their holidays in Greece. The most popular ouzo comes from the Greek island of Lesbos and is a well known souvenir.

Local Greek beer on holidays
During holidays in Greece, more and more Dutch tourists prefer a Greek beer. Not only Mythos, Fix and Alpha, but also local beers are popular. Local brewers are active in many places in Greece, so you can become acquainted with products from the different destinations as a tourist. Think of Levante beer on Zakynthos, 56 isles of beer on Paros and Zeos beer on the Peloponnese.