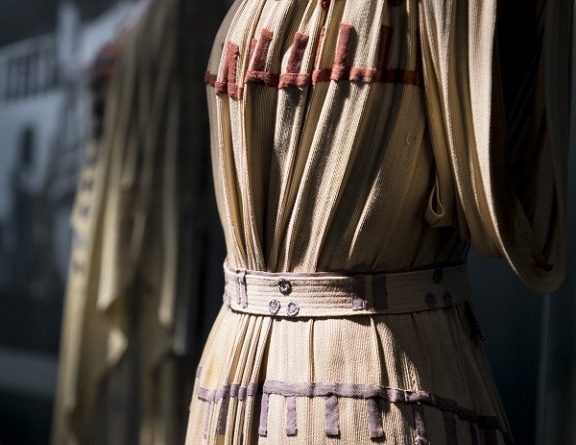 History of Greece’s National Theater on Display at Athens Airport

Athens International Airport (AIA) and the National Theater of Greece have joined forces and are presenting a unique exhibition of the history of Greek theater and some of its landmark productions. 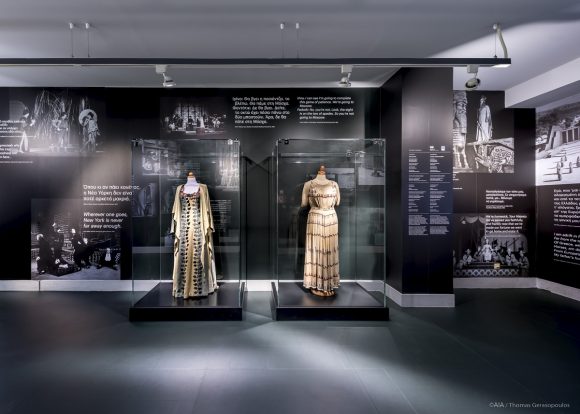 “The exhibition titled Destinations, offers a journey back in time and space through photographs, costumes and the valuable archives of the National Theater. Every production and every performance is a route to new destinations for the traveler and visitor of the Athens Airport,” AIA said in an announcement.

The exhibition includes photos from many National Theater performances including Peer Gynt of Henrik Ibsen, which was held in 1935; William Shakespeare’s The Merchant of Venice (1945);  Sophocles’ Oedipus at Colonus (1958); The Persians of Aeschylus (1971); The Good Person of Szechwan of Bertolt Brecht (1985), and The Idiot of Fyodor Dostoevsky (2006).

Furthermore, two valuable costumes are currently on display: A dance costume of Greek designer Antonis Fokas from Iphigenia in Aulis – a performance of 1957; and a long dress made of silk and linen by Greek artist George Vakalo from the 1945 performance The Merchant of Venice.