The award-winning Stavros Niarchos Foundation Cultural Center (SNFCC) located along the Athenian Riviera in the seaside suburb of Faliro, has in just two years evolved into a favorite venue for recreation, learning, sports, and culture, welcoming a record-breaking 5.3 million visits in 2018.

More specifically, the number visitors last year soared by 76 percent against 2017 exceeding initial estimates of 700,000 visitors per year with the monthly year-on-year increase exceeding 400 percent in some months. 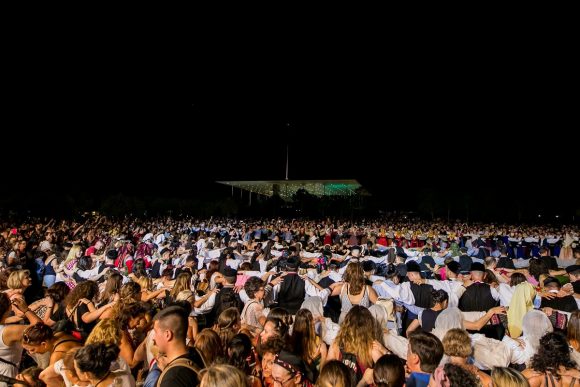 According to a survey conducted in December 2018 of 3,000 visitors and Attica residents, 93 percent of residents and 99 percent of visitors had a positive opinion, while 91 percent said the SNFCC was an open, accessible space that improved the quality of life in Athens. A large majority, at 87 percent, found the level of security to be appropriate, 99 percent said the premises was clean, and 90 percent expressed satisfaction with the level of services.

According to the study carried out by QED and published in Greek daily Kathimerini, one in two Athens residents over 18 has visited the SNFCC five times on average in the year, the majority living in the city center or southern suburbs, from all educational levels and mostly choosing to visit with friends or family.

The SNFCC is mostly popular among the 18- 29-year-olds and the 30-44 age bracket which includes families. Visitors choose SNFCC for a stroll in the park, food or coffee, concerts and events at the National Opera.

“The public has rewarded the creation of a unique cultural and environmental project. The residents of the Athens metro area and the region of Attica, in particular, are visiting the SNFCC over and over again, approving the way it operates. SNFCC’s operation focuses on visitor service, security, infrastructure maintenance, and efficiency. Our vision is being realized through the offering of thousands of activities and events, the majority of which is free of charge,” said SNFCC managing director Nikos Manolopoulos, stressing the importance for the immediate construction of a metro station nearby.